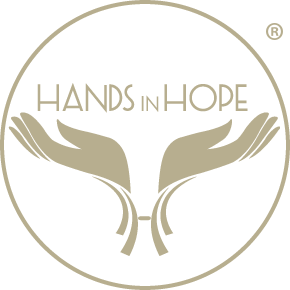 How can someone heal you when they’re not even touching you?
Science is beginning to come up with the answers…

Modern existence is built around the work of invisible energies, from the microwave frequencies that cook our food, to the radio frequencies that channel music into our cars and send text messages across the globe in seconds from our telephones.
It begs the question whether one day energy healing will seem as miraculous to future humans as sending a fax is today or as wondrous and impossible as an IMAX movie screen would seem to a person from the 16th Century.

‘Energetic healing’ is an umbrella term for any therapy that manipulates the energy circuits in our physical or subtle bodies to regain balance and facilitate our body’s innate healing mechanisms.

Dr. Jim Oschman, co-author of the book Energy Medicine: The Scientific Basis, says modern research science
is beginning to shed light on the role of natural “energy forces” within the human body that were previously thought to be inexplicable.

We’re interested in all the forms of energy and how they interact with living systems, it’s nothing mysterious, it’s the basic energies that people encounter all the time; heat, light, sound, vibration…” said Dr. Oschman.

“Energy medicine is medicine based on the appreciation that living systems have energy fields inside of them and around them and that these fields play important roles in physiology, regulatory biology [and] regulating processes that are going on inside the organism.”

Dr. Oschman was inspired to research energy and healing after reading the work of Dr. Harold Saxton Burr, PhD. A member of the faculty of medicine at Yale University for forty-three years until 1956, Dr. Burr discovered that all living things — from men to mice, from trees to seeds – are molded and controlled by electro- dynamic fields, which could be measured and mapped with standard voltmeter (1).
These “fields of life,” or L-fields, are the basic blueprints of all life on this planet.

Dr. Burr believed that, since measurements of L-field voltages can reveal physical and mental conditions, doctors should be able to use them to diagnose illness before symptoms develop, and so have a better chance of successful treatment.

Energy healing is based on the premise that we are all essentially energetic beings. Our bodies vibrate at different individuated frequencies of energy and the different organs and tissues of the body also vibrate at different frequencies within each person’s body. The principle of energy healing is that disease results from an imbalance or blockage in our body’s vital energy. By removing the blockage or stimulating the flow of energy, our bodies can naturally heal themselves.

EINSTEIN’S VIBES
Scientific validation that humans comprise more than just the physical body is not a new field of study.
It was Theoretical Physicist Albert Einstein who, in the early 19th Century, said, “everything is vibration”. He proposed that everything in the universe vibrates at a specific frequencies and is connected by a web of energy.
Concerning matter, we have been all wrong, Einstein is credited as saying. “What we have called matter is energy, whose vibration has been so lowered as to be perceptible to the senses. There is no matter.” So there is a constant, immutable relationship between mass and energy. Mass is energy and energy is mass.

Throughout the years, physicists have been looking for the building blocks of the universe. First it was the elements (hydrogen, helium, etc), then it was atoms but they split the atom and went on to find ever smaller building blocks of matter such as quarks, leptons, neutrinos, etc. Currently the most basic building blocks known to scientists are ‘strings’ of energy. These unimaginably small strings vibrate at varying frequencies creating all that we see and experience in our lives.

FIND THE FREQUENCY
So, assuming one can accept the concept that we are all energetic beings, it takes another leap to believe that the energies or frequencies that run through us all can be directed, channelled and manipulated for the purpose of healing.

One person who claims to receive light, information and frequencies through his body and via his hands for healing others is Dr. Eric Pearl, a controversial American chiropractor and a regular on mainstream media in the US.

A recent visitor to the UAE, Dr. Pearl founded a modality called Reconnective Healing, he says he discovered his ability to heal by accident while running his chiropractic practice in Los Angeles. He says patient after patient would come back reporting healings from cancers, epilepsy, cerebral palsy and other severe health conditions, simply when Dr. Pearl held his hands near them.

He believes he has energy frequencies running through him that can heal in inexplicable ways.

“People have healings when they interact with this level of consciousness. What seems to be happening is that this brings us into a state of balance that allows our imbalances, which includes our health challenges, to vibrate out of our systems, of our lives,” Dr. Pearl said in a television interview.

Dr. Pearl says this is a level of light information that researchers have not seen before and he has been involved in many scientific experiments in an attempt to understand it. He now travels the world teaching others how to access these frequencies.

Are he and others like him performing miracles or are they brilliant frauds, conning a fortune out of the gullible and desperate all over the world? Ultimately, the proof of energy healing is in the pudding. There are thousands upon thousands of anecdotal reports of miraculous and phenomenal healings resulting from the work of healers using light, energy and frequency all over the world. Dismissing this mountain of anecdotal evidence out of hand because the reports cannot be fully explained in a scientist’s laboratory would seem obtuse and blinkered in the extreme.

To find energy healers based in the UAE, see the Awakenings Holistic Directory at www.awakeningsme.com.
Sources:
1. Blueprint for Immortality:
The Electrical Patterns of Life by Dr. Harold Saxton Burr
2. www.bigthink.com

Tamara Pitelen has a hands-on healing session with Barbara Jackle, a healer licensed by the Dubai Department of Economic Development. German-origin Barbara was born with the ability to heal by placing her hands on a person or animal. She practiced for 20 years in Germany, working alongside traditional doctors, before moving to Dubai and establishing the Hands In Hope Energy Healing Center.

Hands-on healing has been around for centuries yet it is still often treated with suspicion by mainstream society and traditional medical practitioners. How can someone heal you when they’re not even touching you? This is the concept so hard to accept for anyone raised in a western culture entrenched in surgical cutting-and-burning, prescription medications, and treatments such as radiation and chemotherapy.

For scientists, the issue with energetic healing is that it is difficult to measure and quantify therefore it immediately violates the most basic tenets of serious scientific research. But things are changing. Even science is now confirming that every living and non-living thing has an energy or electrical field or spirit. It is these unseen energies and frequencies that energy healers work with and over the years, I’ve had countless alternative and energetic healing sessions from practitioners that span the spectrum of ability.
Most recently, I went to see Barbara Jackle, a hands-on healer who is established in Dubai since 2013 in her own “ Hands in Hope Energy Healing Center “ and worked before many years alongside traditional medical practitioners in her home country of Germany.
She is quick to make it clear that she does not see energy healing as a substitute for traditional Western Medicine, instead she believes the two approaches are complementary.

Despite having been a healer for two decades, Barbara has had no formal training and holds no certificates in healing modalities such as Reiki. Her ability to place her hands on a person and facilitate healing is a gift she was born with although she has developed it over time. Her grandmother had the same ability and was a popular healer in her community. It was Barbara’s grandmother who encouraged and taught her how to use the gift. She started when she was a young woman although she had felt the energy since she was a child. She began by practicing on family pets but quickly moved onto humans and in the last 20 years or so Barbara has tackled every kind of health condition including cancer, multiple sclerosis and depression.
So what’s it like? A session involves lying on your back on a treatment couch. She began by asking me if there was any health issue in particular I wanted to focus on. I said there no, that I was just curious to see what she would find. I didn’t tell her anything else. I should mention that before I’d even got on to the treatment couch, Barbara told me my life energy was low and needed a boost. This was true; I’ve had ongoing issues with overworked adrenal glands.

Once I was on the couch, Barbara went around my body pointing out where she immediately found problems, some of these included the very top and bottom discs of my spine and a blocked meridian on the right side of my head.

She said I also had some hormonal imbalances (true); a tendency to store stress in my stomach, which caused excessive stomach acid (true), and a slow metabolism and slow detoxification processes, in other words organs like my liver and kidneys were a bit sluggish (true). All of the above had previously been told to me by various traditional medical practitioners.

Barbara spent the next 45 minutes treating me with the energy that comes through her hands and into different areas of my body. From the client’s point of view, receiving a treatment is not dissimilar to having a Reiki, Pranic healing or Access Bars Consciousness session. Your job is to lie there and receive. It’s extremely relaxing, you’ll probably doze off.

I was impressed that Barbara was so spot on about some of my existing health issues but I was even more impressed that she felt she could do something about them. I was delighted when she said she had sped up my metabolism although. she also said that keeping it raised might require further treatments as this was a hereditary condition.

According to Barbara, the detoxification process after a session lasts three days and in that time it’s important to drink lots of still water.

Afterwards, I sat and chatted with her a little longer but I found it hard to concentrate because I was filled with a lovely, soothing feeling. It sounds odd I know but it was almost like it was caressing me. That wonderful feeling stayed with me all the way on the drive home.
Licensed by the Department of Economic Development, the Hands In Hope Meditation Centre LLC opened in Dubai’s Jumeirah 1 in September 2013.
For more information, call 04 351 7901 or email info@hands-in-hope.com.
The office nr. 214 , 2 nd floor is located at Jumeirah Terrace Building, Jumeirah 1 (opposite the big flag on the corner of 2nd December St and Jumeirah Beach Rd).
www.hands-in-hope.com